One of Australia’s most remarkable natural gifts, the Great Barrier Reef is blessed with the breathtaking beauty of the world’s largest coral reef composed of over 3000 individual reef systems and coral cays and many picturesque tropical islands with some of the world’s most beautiful sun-soaked, golden beaches. The Reef is located in the Coral Sea, off the coast of Queensland, Australia. 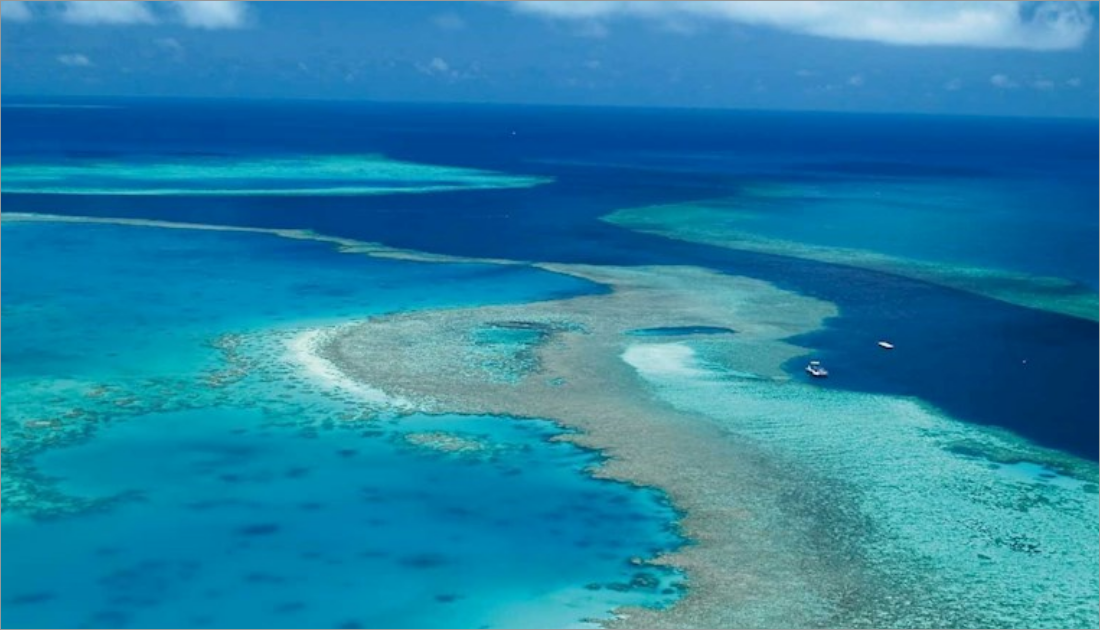 1. The Great Barrier Reef is the largest living thing on Earth which is visible from the outer space. This incredible eco-system is 2,300km long and approximately 350,000 square kilometers in size. There are thousands of reef and hundreds of islands. There are 600 types of hard and soft coral.

2. This beautiful Reef provides shelter to countless species including 6 species of turtle, 215 species of bird, 17 species of sea snakes, 30 species of whales, dolphins and porpoises and more than 1,500 species of fish including clownfish, red bass, red-throat emperor and many species of snapper and coral trout. 10% of the world’s total species of fish can be found just within the Great Barrier Reef. 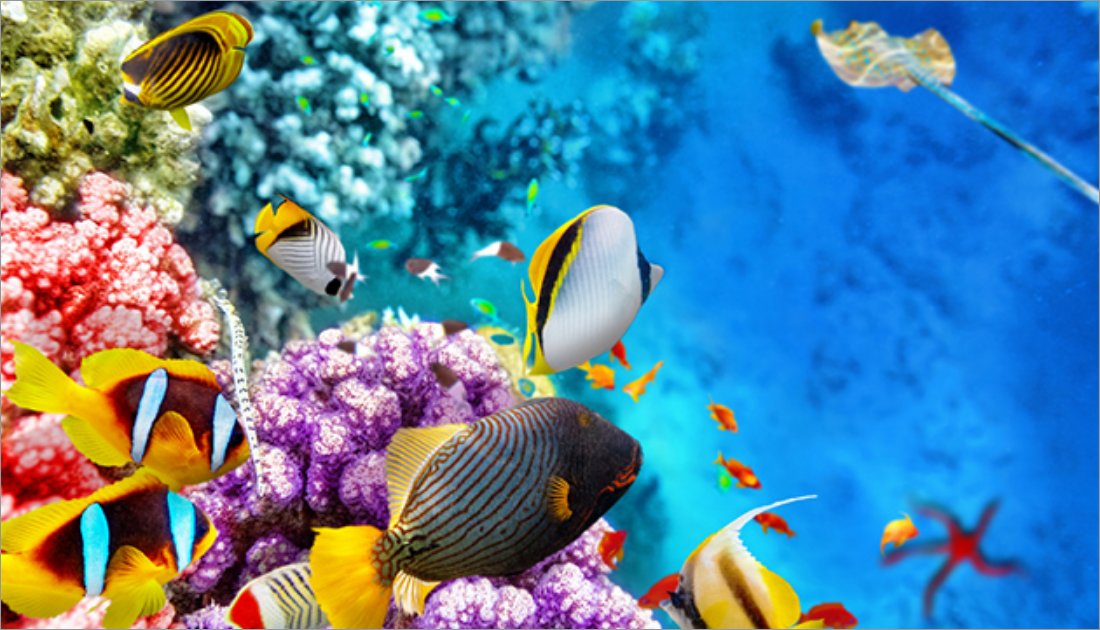 3. The Great Barrier Reef is labeled as one of the seven wonders of the natural world by CNN and named a UNESCO World Heritage site in 1981. It is larger than the Great Wall of China. The Reef is greater in size than Tasmania and Victoria combined and believed to be over 20,000 years old.

4. The reef has been under several environmental pressures including climatic change, pollution, overfishing, oil spills and when the water temperature rise for a sustained period of time. These threats have led to mass coral bleaching. Great Barrier Reef suffered the worst bleaching in 2016. As per records, the higher water temperature in 2016 caused the worst destruction of corals, putting the reef in danger of extinction. 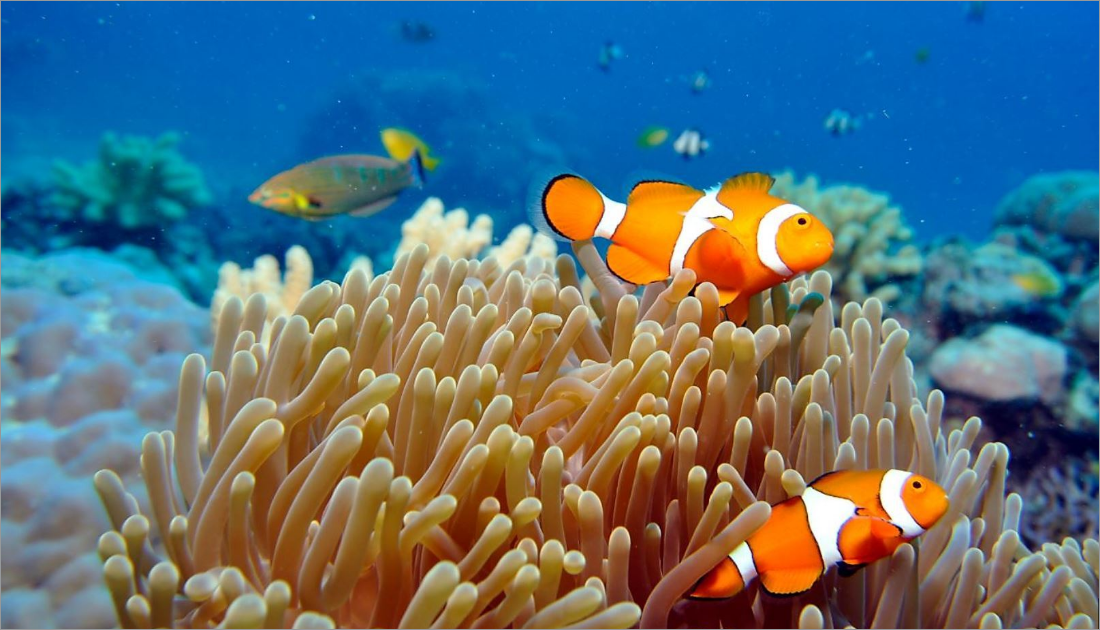 5. The Great Barrier Reef has long been known to and used by the Aboriginal Australians and Torres Strait Islander people who have been living in the area for ten thousands of years. The Australian government even recognizes these clan groups as the “traditional owners of the reef.”

6. Due to its huge biodiversity, warm clear waters and easy access from the tourist boats, the Great Barrier Reef attracts over 2 million of tourists every year, specially the scuba divers, adding 7 billion dollars a year into the local economy. A variety of boats and cruise tours are offered. Snorkeling and diving are the most popular activities among the tourists and glass-bottomed boats and underwater observatories are also famous. 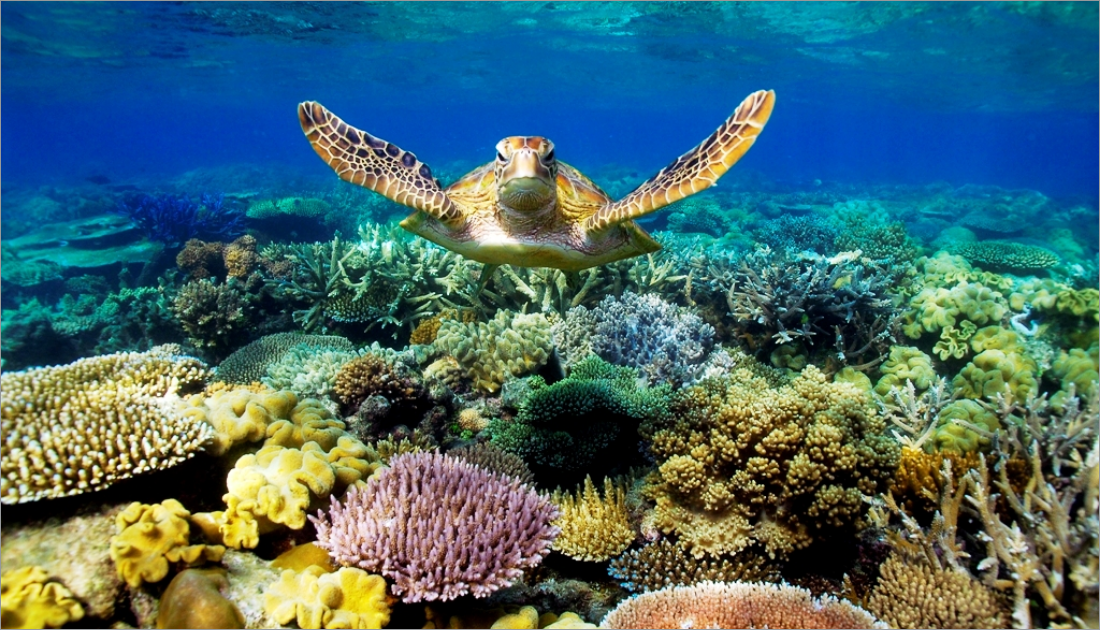 7. A large part of the reef is protected by the Great Barrier Reef Marine Park. It was created in 1975 by the Australian government to protect the reef and limit the impact of human use.

8. While the average depth of the inshore waters of the reef hovers around 35 meters, the drop-off from the Continental Shelf slopes down to the depth of more than 2 km.

Good post however I was wondering if you could write a litte more on this topic?
I’d be very thankful if you could elaborate a little bit more.
Bless you!

Hello! I know this is somewhat off topic but I was wondering which blog platform are you using for this site? I’m getting fed up of WordPress because I’ve had issues with hackers and I’m looking at alternatives for another platform. I would be fantastic if you could point me in the direction of a good platform.

Thank you for the auspicious writeup. It in fact was a amusement account it. Look advanced to far added agreeable from you! However, how could we communicate?

I’m impressed, I have to admit. Rarely do I come across a blog that’s both equally educative and engaging, and let me tell you, you’ve hit the nail on the head. The problem is an issue that not enough people are speaking intelligently about. Now i’m very happy I found this in my search for something concerning this.

Hi my loved one! I want to say that this article is amazing, nice written and come with almost all important infos. I’d like to see more posts like this .

It is in reality a great and helpful piece of information. I’m happy that you shared this helpful info with us. Please stay us informed like this. Thank you for sharing.

After looking over a handful of the articles on your web site, I really like your technique of blogging. I saved as a favorite it to my bookmark webpage list and will be checking back in the near future. Take a look at my web site as well and let me know how you feel.

I was recommended this web site through my cousin. I am no longer certain whether or not this post is written by means of him as nobody else recognize such unique about my problem. You are incredible! Thank you!

Hi there to all, for the reason that I am genuinely keen of reading this weblog’s post to be updated regularly. It consists of good material.|